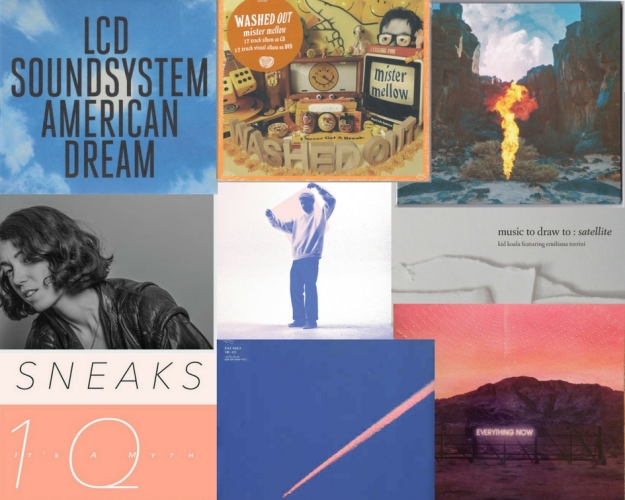 I’ve always loved listening to music but was never very good at playing instruments. I tried drums then guitar, but I always struggled with hand-eye coordination. I’d mess up, miss a note, or my timing would be off. It wasn’t until a year or two ago when I started messing around with the GarageBand app on my iPad that everything clicked into place.

I’d tried GarageBand on my laptop years before but never really got into it until I tried the iPad version which allows you to play instruments on the touchscreen. Then you can edit the notes so they have perfect timing and create loops. Whereas before, music seemed so nebulous to me, by creating songs where I played every instrument myself, I finally understood how it all worked. Creating music became much more like writing, which is my forte. I can compose all the notes then have the computer play the song for me in perfect tune. Just as writing my own screenplays gave me a better understanding and therefore appreciation of movies, writing my own songs has given me a better understanding and appreciation of music.

I’m still learning, and they’re not finished products yet, but if you’re interested in listening, I’ll be posting some of the songs I create on Soundcloud.

Now, on to the list of my favorite albums of the year. I may be in a growing minority, but I still prefer to listen to full albums rather mixes of singles.

LCD Soundsystem is possibly my second-favorite band (behind Radiohead), and I’m glad they came out of retirement for this album. My favorite track is “Other Voices.”

Archy Marshall has such a unique voice and style, combining punk rock, jazz, and hip-hop. He is wise beyond his years.

Another chillwave artist. You might recognize his song from the theme to Portlandia.

Arcade Fire is actually tied with LCD as my second-favorite band of all time. This is not their best album (that would be Funeral), but lesser Arcade Fire is better than most other bands’ best.

Her songs are so simple yet so thoughtful with catchy hooks.

An electronic musician from England with a really good voice.

Another smart indie rapper. I’m not sure what’s better: his lyrics or his beats.

Like Arcade Fire, this is not quite as good as their earlier albums, but I still enjoyed it a lot.

I almost always listen to music while I write. It blocks out the background noise and helps me focus. But lyrics can be distracting, so I prefer instrumental songs, especially electronic. The amazing thing about instrumental music is its ability to convey specific feelings and emotions without any words. Then, by listening to the song, you can experience the same feelings and emotions as the artist.

Bonobo is the stage name of British musician, producer, and DJ, Simon Green. He’s often classified as electronic, but he uses a lot of live instruments and unique sounds.

I originally heard of Blockhead from the songs he produced for Aesop Rock, one of my favorite rappers. Blockhead’s instrumental albums still have a hip-hop flavor even though there’s no actual rapping.

There’s technically some singing on this album, but it’s still good music to write to—or draw to.

He has a great 1980s retro-futuristic sound.

Similar to Dan Deacon, another favorite musician of mine.

6. Portico Quartet – Art in the Age of Automation

10. New Jackson – From Night To Night

I’ll group the last four together because they all make somewhat similar electronic music.

There’s probably some great albums that I missed—or there’s definitely is. It’s not like I listened to every music album that came out in 2017. That’s impossible. But I’m always on the lookout for new music. In 2017, I discovered many great 2016 albums for the first time, so I’m sure I’ll do the same with 2017 in 2018.