Lovecraft was born in 1890 in Providence, Rhode Island. His mother kept him out of school as child due to illness, apparently psychological in nature, though details aren’t known. As an adult, Lovecraft continued to live an isolated life at his mother’s house. Three years after his mother’s death in 1921, Lovecraft married Sonia Haft Greene and moved in with her in Brooklyn. However, Sonia said she had to take the initiative in all aspects of their relationship. He felt more comfortable communicating to her through letters than in person. After five years of marriage, in 1929 they divorced.

Lovecraft submitted short stories, essays, and poems to amateur pulp magazines but never had any books published during his life. He died of cancer in 1937 at the age of 46, never knowing that his writing would go on to become some of the most revered in the horror genre. He never saw any commercial success during his life because he lacked the confidence to promote himself. He was sensitive to criticism and would give up on a story if it was rejected just once. Other of his work, he was afraid to submit at all.

There is overwhelming evidence that Lovecraft suffered from social anxiety during his life, and it may have contributed to the lack of success in his career. Was his work simply ahead of its time, or did social anxiety prevent him from getting his work out to the public? Perhaps a bit of both.

I don’t know how conscious Lovecraft was of his social anxiety or if it impacted his horror writing, but I think that, in a way, social anxiety is merely another form of what he described as mankind’s oldest and strongest fear.

Most fears, in fact, boil down to a simple fear of the unknown.

Death: We don’t know what happens when we die.

The Dark: We don’t know what may be lurking where we can’t see.

Terrorism: We don’t know when or where an attack may occur.

The Other: We fear races, cultures, and religions we don’t know, which leads to racism and bigotry (which Lovecraft himself fell victim to).

Social Anxiety: We don’t know what other people are thinking about us.

With social anxiety, we become afraid when talking to someone we don’t know very well because we don’t know what they are thinking. They may be negatively judging us for everything we say or do, therefore we become overly conscious about everything we say or do, sometimes to the point that we are afraid to say or do anything in front of them. That’s why we don’t feel social anxiety with people we know intimately like close family and friends. We know those individuals so well that we know what they think about us. We don’t have to worry about saying or doing the wrong thing because we know they won’t mock or hate us for it.

But with someone we don’t know well enough to know what they’re thinking, we fear the unknown of what they may think of us. We’re constantly wondering if they’re thinking something negative about us. And that fear makes it extremely difficult to act calm and normal in front of them. Or it causes us to avoid them entirely so they can’t think about us and judge us negatively.

The unknown is terrifying, but the thing with social anxiety, unlike Cthulhu and the monsters Lovecraft wrote about, is that the fears of social anxiety are mostly unfounded. If we were to hear what others were thinking, we’d probably realize it was nothing to worry about. Other people don’t think about us as much as we worry they do because they’re too busy thinking about themselves—just like us. And if they do judge us, so what? We shouldn’t care what others think of us. Unfortunately, social anxiety isn’t something we can just turn off like a light switch. We may still feel fear in new social situations, but we can learn to acknowledge and dismiss that fear. Tentacled cosmic monsters on the other hand… Cthulhu we should fear. 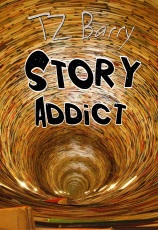