I used to suffer from occasional insomnia. Especially on nights before a big event I was nervous about, like my first day at school or a big trip. I would get in bed early so I’d be fresh and rested for the big day. I’d lay down and close my eyes, but I couldn’t fall asleep. My mind was racing. I couldn’t stop thinking.What will this new school be like? Will I make any new friends? Will I still be shy? I didn’t realize at the time that my insomnia was related to my social anxiety. END_OF_DOCUMENT_TOKEN_TO_BE_REPLACED

That’s what I thought at the time. It was a combination of extreme excitement, relief, and optimism. That moment was about three years ago. I had just told my doctor that I have social anxiety disorder, and he wrote me a prescription for the antidepressant, Zoloft. END_OF_DOCUMENT_TOKEN_TO_BE_REPLACED 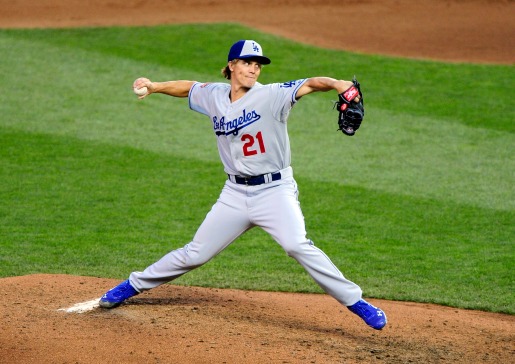 My first introduction to fantasy sports was in 2009 when I joined a fantasy baseball league. I finished in second place that year and have loved fantasy sports ever since. 2009 was also Kansas City Royals pitcher Zack Greinke’s breakout year. He made the All-Star team, won 16 games, had 205 strikeouts, led the American League with a 2.16 ERA and 1.07 WHIP, and won the Cy Young Award. He wasn’t on my fantasy baseball team that year, and I wasn’t a Royals fan, but I was rooting for Zack Greinke’s success because I learned that, like me, he had social anxiety disorder. END_OF_DOCUMENT_TOKEN_TO_BE_REPLACED

Ever since I learned that social anxiety disorder was a thing, I’ve been in search of the Holy Grail. The instant cure. A magic pill that would get rid of my shyness and make me “normal.” END_OF_DOCUMENT_TOKEN_TO_BE_REPLACED