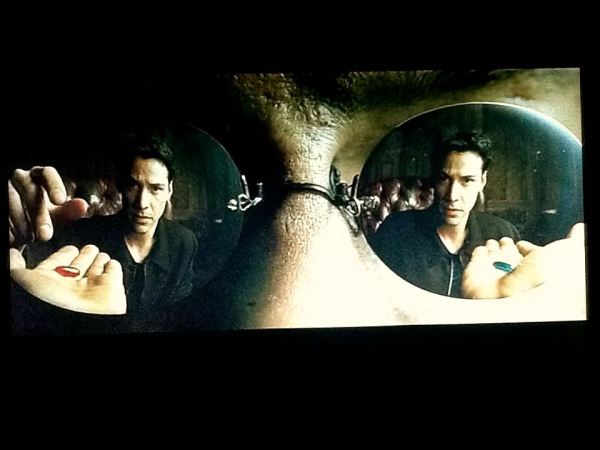 For as long as I can remember— basically since I was physically able to feed myself— I have been a vegetarian. People always used to ask why I refused to eat meat, but I never really had a good answer. It wasn’t for health reasons— I ate horribly. It wasn’t because I was an animal lover— I never had any pets and was afraid of dogs. It wasn’t because I was emulating someone else— no one in my family was vegetarian and neither were any of my friends.

I never tried to push my vegetarianism on anyone else. In fact, for most of my life, I was embarrassed to tell any of my friends at school that I was a vegetarian for fear that they would think I was weird. I didn’t even like calling myself a vegetarian, since I never actually ate any vegetables. I just simply didn’t eat meat.

The best way I can explain the reason for my vegetarianism is that I had an instinctive disgust and revulsion towards meat. It just didn’t look like food to me. When other people saw a hamburger, they saw a hamburger, but when I saw a hamburger, I saw dead cow guts, and the thought of eating it made me want to throw up.

Maybe there’s something wrong with me psychologically to think that way. Or maybe I’m the sane one, and the rest of the meat-eating world has it wrong. I don’t know. But I do know that If I could take a blue pill, like in The Matrix, that would flip a switch in my brain so I’d think like everyone else and blissfully eat meat, I’d choose the red pill instead.

2 thoughts on “Why am I a Vegetarian?”