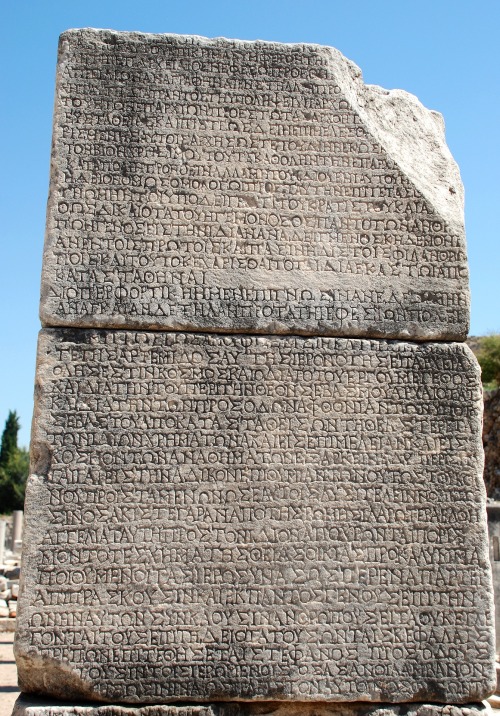 The greatest invention in human history is written language. Before writing, to convey any information to anyone, you could only do it through word of mouth to people you saw face to face. For most of human history, we lived in small tribes as hunter-gatherers, so knowledge was only passed on to fellow members of one’s tribe (family and close friends). A son would only know what his father remembered from what his father directly told him, and so on.

All the greatest technological inventions since writing have been those that figured out how to more easily spread writing. Because by sharing knowledge, we can learn faster and build on the knowledge of those that came before us. To create new and better technology.

First, writing was done on stone tablets, which was good because it lasted a long time, but it also took a long time to carve and wasn’t very easy to spread.

Then, paper was invented, allowing humans to write more quickly and spread their writing more easily. But still, all texts were hand-written, so copying a full book was an extremely long and tedious process.

Then, the printing press was invented, and suddenly, entire books could be copied and spread faster and easier. This was a major spark to the process of spreading writing, and therefore more knowledge, to thereby increase intelligence and create further better technology.

There were incremental improvements to printing and copying over time until the next major invention: the internet. This was a giant leap in the communication of ideas, allowing anyone to share any knowledge across the world, instantly. With everyone having free access to that knowledge—the stored consciousness of the most intelligent humans in history—we can download their consciousnesses into ours by reading their writing.

All the biggest tech companies and inventions since then have been those that helped share writing and information over the internet (Google being the most obvious).

Every technological invention made by humanity would have been impossible without the invention of writing. Even non-writing-related inventions like automobiles and spaceships could not have happened without the inventors reading books that taught them the scientific knowledge accumulated by those humans who came before them. All technology is impossible without the original technology: writing. That’s why it’s the greatest invention in human history. Writing is the method of preserving and sharing knowledge in order to invent anything and everything else.

However, humanity is on the cusp of creating an invention even more significant than writing: artificial intelligence (AI). In the future, if people can upload their minds and/or connect their brains to the internet, we will be able to directly share consciousnesses. There would be no need to write recordings of your consciousness or memory when people could just directly download it in full. Anyone can instantly gain the entire knowledge of anyone else (kind of like Neo learning Kung Fu in The Matrix).

Until then, writing is still a pretty useful way to share and spread knowledge—or the consciousnesses of other humans.

6 thoughts on “The Greatest Invention in Human History”